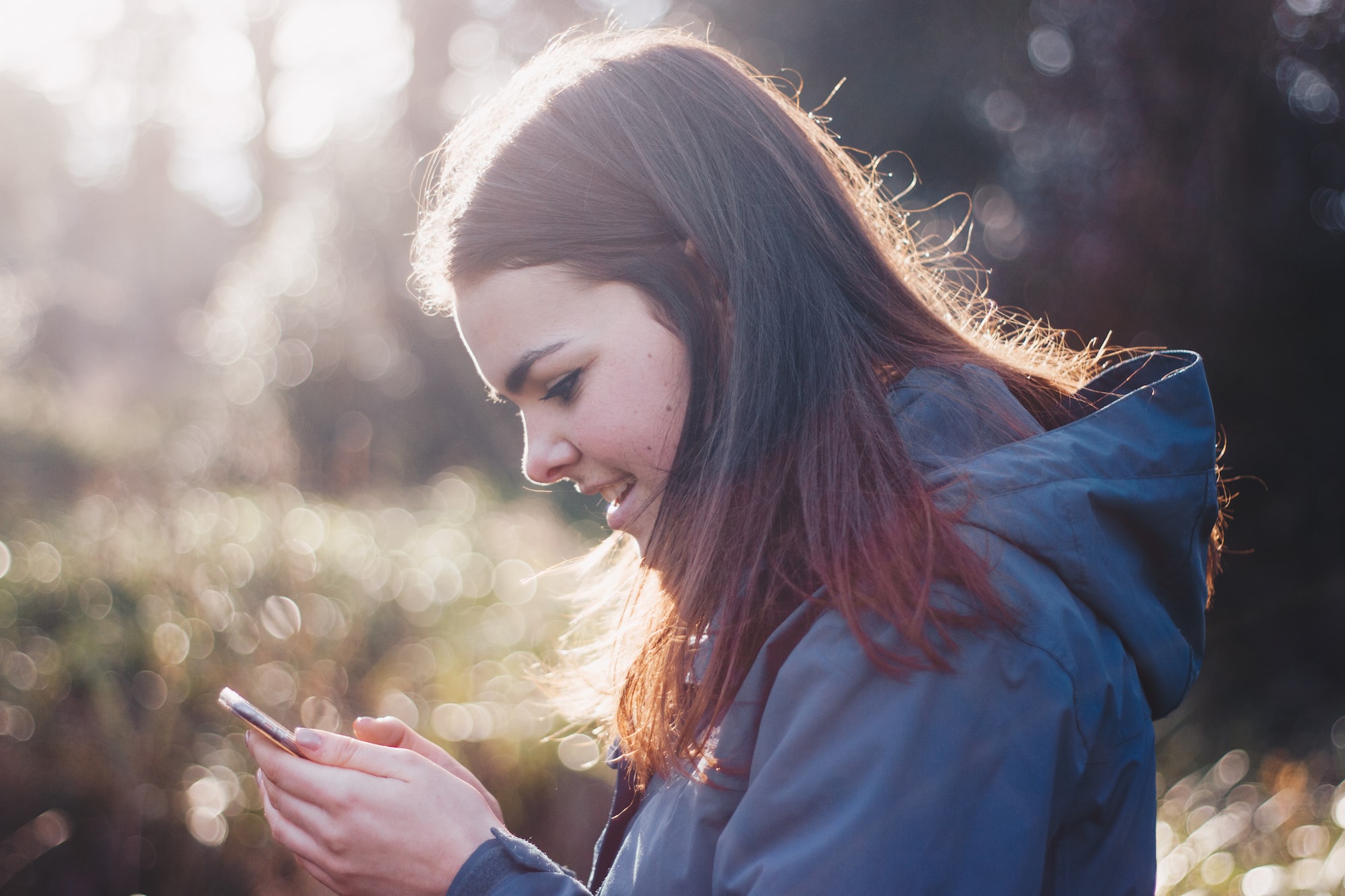 5 Texts To Prevent A Man From Pulling Away

How many times have you met a seemingly great guy only to have them pull away or even vanish from your life? Sadly, most of us know that feeling all too well.

What if I told you then that there are certain text messages you can send a guy to stop them from pulling away. Interested?

So let’s get started!

But contrary to its name, this is the kind of text you want to send demand to stop them from escaping.

What is the escape text? Well for starters, it’s a fun creative message that you send to your man.

But what is really great about it, is that by using simple but powerful words I’m going to teach you, you will be able to give them something that no one else can.

A brief break or escape from reality. Since escape texts are designed to get your guy to think outside of the framework of everyday life, this kind of messages not only let his mind wonder to another perhaps pleasanter place but they’re also great conversation kick starters.

If you’re looking to be his breath of fresh air then the secret is to come up with creative, intriguing questions to text him.

The kind of messages that will give him an opportunity to live and make believe for a moment.

For instance, instead of sending him a plain old “Tell me something” text to get a conversation going or asking him the same boring routine questions, spice it up and make your text exciting.

As you’ll see these text messages are shortened to the point, you don’t need to dress them up because when you ask a question that’s interesting enough, it’s been pelling enough on its own and you don’t need to add all the bells and whistles.

Just be sure to ask him questions that will make him feel a spark of childlike wonder again.

The kind of questions that will set a soul on fire and make him think the good thoughts, have fun with these texts and make them your own.

Remember though, well this is a great opportunity for you learn something new about your man. Be prepared to answer whatever questions you ask him to.

Second Message:  “The Wish You Were Here Text.”

As you may conclude from the name, these are the kind of messages you can send a man to tease him and create sexual tension between you.

The kind of messages that will make him want to drop what he’s doing and get to wherever you are.

That’s not to say that he will or actually should drop his plans but the point is that this kind of text message will evoke that much emotion in him, that he made for a moment or two consider actually doing so.

Of course, these texts can be as PG or R-rated as you’re comfortable with but that said keep in mind that even though your man may not come out and say it, every guy wants sex.

With that said you may want to get a little bit frisky with these.

Now you may be thinking “But Amy, my guy isn’t the typical man’s man. Sex isn’t the most important thing to him.”

And well that’s totally fine, it doesn’t mean that he doesn’t want sex as well. It just means maybe he’s more reserved saying so or admitting it to you.

That’s why I Wish You Were Here texts are such a smooth way to pique his interest and attraction to you, which in the long run will do wonders for keeping them close and committed to you.

What exactly is a Wish You Were Here text? Well, simply put, it’s a descriptive text for you to tell your man what you do to him if he was there with you.

Of course, these can be pre-fantastica. Meaning, you can say things you wouldn’t actually do but by just painting a picture for him to think about it.

You’ll not only turn him on but you’ll begin to associate your text messages with feel-good romantic feelings. When that happens, he’ll look forward to hearing from you.

Examples of Wish You Were Here Texts are:

“If you were here, I would slowly push myself against you and kiss your lips so softly.” A more R-rated one of these texts would be something along the lines of, “If you were here right now, I would climb on top of you, unbutton your shirt and trace my fingertips down your chest to your…”

You don’t even have to add in the more provocative words. implying it alone is enough to make him ooze with anticipation.

Just remember, making your text descriptive is key because men respond best to messages that make them literally feel or imagine something in vivid detail.

Because yes, like poetry these messages should pull on his heartstrings and stir up emotion in him.

By subtly seducing your man with text messages, you’ll have them hooked. Best of all, doing so is so much easier than it seems, just be sure to be creative, playful and use your imagination.

An example of a Seductive Stanza could be anything from, “Guess what I’m wearing right now?” to “The things I’m going to do when you come over tonight.”

Just remember to wait for a response before messaging him again. The last thing you want to do is scare the poor guy away.

As the name implies, that’s exactly what you’re going to be doing with this kind of message.

There’s no denying that relationships can start to get stale after a while but what’s worse is when complacency sneaks in.

When it happens, it’s easy to let things slip between you and your man and before you know it he’s pulling away or feeling unappreciated.

So then, by being the woman who makes your man feel good about himself and the things he accomplishes, he’ll want to keep you around.

I mean, why wouldn’t he? You make him feel good. Not to mention as the old saying goes “If you don’t, someone else will.”

To make sure that he feels like number one in your books, texting ego stroke or messages that shine on his intelligence, physical appearance, sexual performance, attitude, how we treat you, the works.

Just be careful not to overdo it or your words will start to lose their magic. Also, be sure to only say things that are true.

For instance, if he’s terrible at going down on you then you don’t want to stir because you go by saying that he’s great then.

Instead pick something else that you truly believe he excels at and make it the focus of your text. Just be honest and speak from the heart.

a few examples of an Ego Stroker Text could be something like “I love your arms and how strong they are. When you wrap them around me, I feel like nothing in the world could harm me” or “You’re such an amazing kisser. The way your lips feel pressed against mine is electrifying.”

Again, make this your own and you’ll have him tied around your finger.

Fifth Message: “The Go Your Own Way Text.”

What this kind of message is designed to do is to show your guy that as much as you love having him in your life, you still have your own agenda and other priorities, you’re busy living your own fun-filled life.

So even if you have nothing going on when your guy text you, you may want to fib a little bit and tell him that you’re doing something other than sitting around.

I’m not condoning lying here so if you’re genuinely keeping busy that’s even better because your story will seem more real.

That said, if you are having a quiet night in, catching up with your favorite television shows then you might want to spice up the message you send him by saying that you’re doing something else more creative or mentally stimulating.

This message works wonders for preventing your man from pulling away especially when it comes to situations where he asks you to hang out with little notice.

Since the key to keeping you intrigued is to make him work for your time and attention. By not being too available or ready to go anytime he comes calling and instead requiring a few days notice when it comes to making plans, that’s a powerful move.

To give you an example of this kind of text message, let’s say that you’re just getting home from a long day at the office and your guy text asks “If you want to grab dinner in half hour?”

Instead of saying “Sure” or “I’m just going to have a lazy night in.”

Instead, spice it up with something like, “Hey, I would love to join you for dinner but unfortunately I already have plans with friends. I’m free Friday though if you want a raincheck?”

Again, make this your own, if you don’t want to tell him that you’re going out and say that you’re busy working on a project or that you’re having someone over.

Whatever you tell him just make sure it’s not too fabricated or unbelievable. The message you’re sending is that you’re going your own way tonight so you’ll have to catch up with him soon.

It can be hard to turn him down especially if you really want to see him but remember nothing good comes easy.

Before I go, I wanted to remind you not to forget to watch my video below. You’ll definitely learn lots of valuable information here…

How To Make A Man Obsess Over You

By Amy North From Devotion System