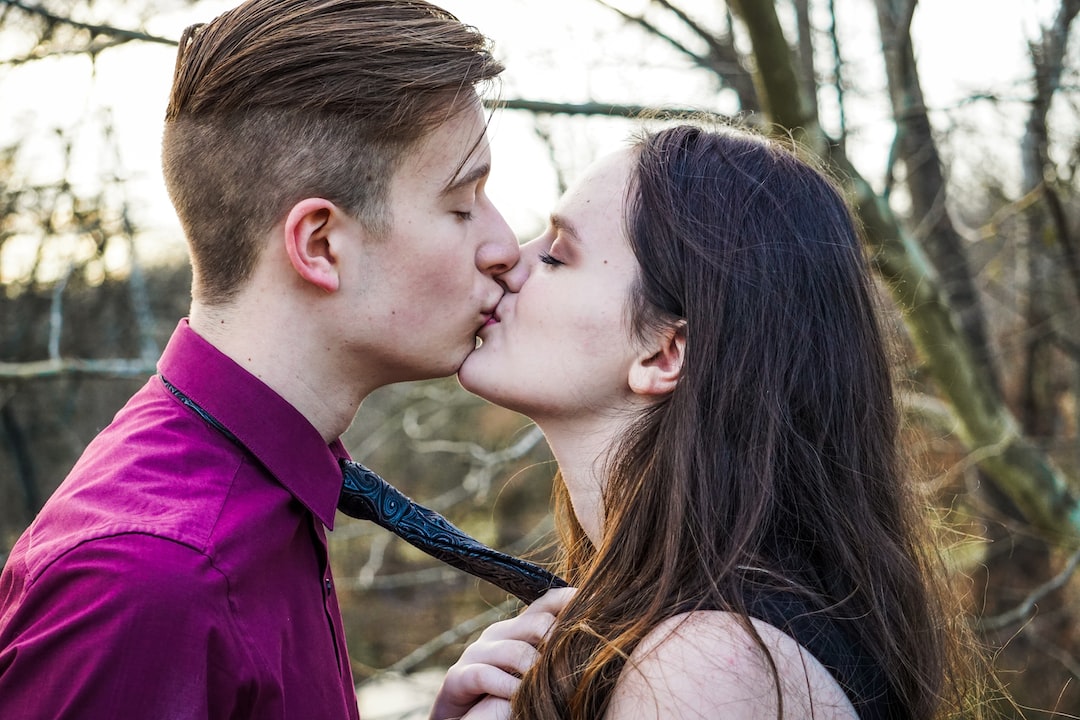 How To Let Him Know He Should Kiss You

One of the most exciting events is that first kiss with a new guy that you really like. You would think that it would be one of the easiest things that would ever happen to you but, believe it or not, sometimes itís a bit difficult to get that kiss you want. There are ways to make it happen, though, even if you've started to give up.

Remember that many guys are painfully shy and don't want to risk rejection. Because of this, they won't make the effort to kiss you even though they really do want to. However, you can do some things that will let your shy guy know that you want him to kiss you more than anything else in your life at that moment.

One of these things is continual light touching throughout your conversation. Don't grab him or anything like that. Just lightly touch his arm, or his knee, if you're sitting down. His hands are another encouraging place to touch him. What you're doing is creating a cozy and friendly environment that will help him to understand that itís perfectly fine if he kisses you.

Another thing that works often is to lean in and smile while looking directly into his eyes during a conversation. Now, don't make it obvious what you're doing, but let him understand that you do find him attractive and are drawn to him. He should get the message if your smile is sexy enough.

You may just have to drop some pretty strong hints with some guys. What sort of hints you use and how you communicate them will be up to you. Only you know the type of guy you're with and what will work rather than scare him off. Just do what feels right.

Try working it into a conversation. For instance, ask him what sort of things he likes about you. That should lead him to ask you what things about him you find attractive. When he does this, it's your cue to work in something about what a sexy and kissable mouth he has. He might just get what you're saying.

There's also the "Oh, I'm kind of chilly." Move in closer to him and, hopefully, he's considerate enough to offer you his jacket, if he's wearing one. That gives you the perfect chance to have your face close enough to his that a kiss could easily happen. If he doesn't offer you his jacket, or he's not wearing one, continue to rub your arms up and down and move closer to him.

Of course, there's always just taking the initiative and kissing him. Some guys just won't do it the first time until they're 100 percent positive that you're not going to shoot him down. The only way that they're going to be positive is if you kiss them. So, you're just going to have to take the bull by the horn and do it. In that way, you'll both know what that kiss may mean.

Speaking of kissing, I just put up this new video for you:

I call this my “How To Kiss A Man To Make Him Fall In Love” video because that’s what it tells you how to do . . . how to kiss a man with so much passion, power and feminine vulnerability he feels his heart cracking open the moment your lips touch his.

(Yes, I know that is a HUGE promise, but it’ll all make sense when you watch the video.)

Here’s the link again: Click Here to Check Out the Free Video.